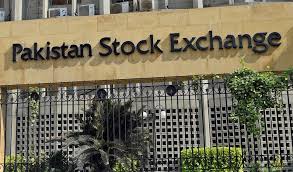 Pakistan Stock Exchange (PSX) witnessed volatility during the week ended 27th December 2019 and closed flattish at 40,849 points. The market opened on a weak note due to increased political uncertainty and start of the rollover week. The benchmark index recovered over the next two sessions on receipt of US$454 million from International Monetary Fund (IMF) and a positive outlook given in the first review by the Fund. The announcement about discovery of fossil reserves by PPL changed the market sentiment. After revising downward the FBR’s target to Rs5.2 trillion, from Rs5.5 trillion, Pakistan agreed to take ‘additional measures’ on the eve of presenting the budget review before parliament by end February 2020 under the new structural benchmark condition with the IMF. Potential increase in taxation resulted in fear of inflationary pressures to continue in 1HCY19, delay the interest rate cuts to 2HCY20, turned the bourse’s closing for the fourth trading session in red. Volumes remained thin throughout the week, with average daily turnover of 230 million shares during the week, down 22.7% WoW.

Other major news affecting market sentiments included: 1) US resuming military training for Pakistan to improve ties, 2) FATF response to Pakistan progress report received, 3) Cost audit of fertilizer industry planned, 4) out-dated refineries seeking protection to keep running and 5) CCI approval of incentives for oil, gas exploration. Top performers of the week included: PIOC, ASTL, ENGRO, HUBC, and PSO, while laggards were included FFBL, APL and PSMC. Based on NCCPL data, foreigners emerged net seller with US$2.90 million. On the local front, Mutual Funds were buyer with US$7.2 million and Insurance companies were also buyer of US$10.5 million. The IMF tranche received in the outgoing week will reflect in data released next week. Meanwhile, continued discussion with FATF is expected to shape the market direction. To add, political noise at the local front may also continue. That said market expectation would remain weak due to Christmas and New Year holidays.