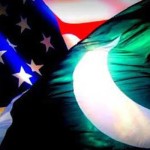 Pakistani Prime Minister Nawaz Sharif has already landed in United States, held a meeting with John Kerry, as preamble to Nawz Obama meeting. Prior to the meeting a ‘lollypop’ has been offered to Pakistan in the shape of release of US$1.6 billion assistance with emphasis on resumption of military assistance amounting to US$300 million.

Many Pakistanis wonder, is this what the country looks forward? The reply is certainly in negative. The super power has to treat Pakistan and India at par be it economic relations, trade with Iran or assigning role in Afghanistan and Indian Ocean. Pakistan should not be made subservient to India.

Earlier, to finalize the agenda of the meeting US special envoy for Pakistan and Afghanistan James Dobbins came to Pakistan and met Sartaj Aziz, Adviser to the Primer Sharif on Foreign Affairs and National Security but the focus remained on items which may be important but vital issues were never talked about.

Nawaz-Obama meeting is being held at a crucial time when date for withdrawal of US-led Nato troops from Afghanistan is getting closer. After marathon talks in Kabul between Afghan President Hamid Karzai and US Secretary of State John Kerry this month, it was decided that a long-delayed security deal on the future of US forces in Afghanistan is close to being completed. In this regard Dobbins had already acknowledged that Islamabad had increased its support to the Afghan peace process.

United Sates recognized Pakistan’s role in facilitating direct talks between the Afghan government and the Taliban.  It was also acknowledged that Pakistan particularly over the last six months or so, become active in supporting an Afghan reconciliation process and urging the Afghan Taliban to participate in the process.  It may be encouraging that Pakistan’s role in establishing sustainable peace has been acknowledged but behind the scene India is still a devil’s role in Afghanistan. Indian activities are aimed at establishing its hegemony in the region.

It is necessary to mention that the focus of Nawaz-Obama meeting may be Afghanistan but a few points pertaining to Pakistan also needs to be included in the agenda. The item on top of the agenda should be completion of Iran-Pakistan gas pipeline before 2014 ends. About US$2 billion have to be raised for financing of the project, which can’t be unless United States gives a clean signal. If United States can grant permission to India to continue to buy oil from Iran, why should there be an embargo on Pakistan on buying gas from Iran?

The meeting must also focus on resolution of Kashmir, which has already led to three wars between Pakistan and India. Both the countries are spending billions of dollars annually on the procurement of conventional and non-conventional weapons. In this regard India has to give people of Kashmir a chance to decide their fate. They have been living in siege for decades and thousands of people have been killed by the Indian security forces.

Though, Hindu extremists say, “We will not allow another division of India on the basis of religion”, division of Indonesia and Sudan provide a precedence for giving people of Kashmir a chance to decide their fate. India has been blaming Pakistan for ‘state sponsored terrorism. Pakistan has also been accusing India for infiltration in Baluchistan. There are growing concerns that Baloch militants are being supported by some of the US Senators, who are pleading for an independent Baluchistan.

After having witnessed role being played by United States in Libya, Iraq, Syria and rest of the Middle East and North Africa and particularly in Iran, many Pakistanis strongly believe, the super power first creates rebel groups; provide them funds and arms only to create unrest in those countries. They also believe Pakistan is also going the same turmoil. Lasting peace can’t be restored in Pakistan and Afghanistan.

Pakistanis also have no doubt that militant groups operating in Pakistan are getting funds and arms from outside Pakistan. The sole agenda of these militants is to keep the country under turmoil so that it can’t make economic progress. However, the US administration tends to forget that economic progress can help in maintaining peace in the world in general and turmoil areas in particular.