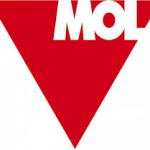 MOL Pakistan, the operator of TAL Block, has hit significant hydrocarbon reserves at exploratory well Mardankhel-I during the second drill stem test (DST). Pakistan Oilfields Limited (POL) has a 25 percent pre-commerciality working interest in the block. As per the first DST, the well had tested 516 barrels per day of condensate, 12.78mmscf of gas per day and 180 barrels per day of water. Second DSTs conducted of other formations at Mardankhel-I well tested 2,105 barrels per day of condensate and 24.01mmscf of gas per day at a wellhead pressure of 5,018psi. Tests are planned for other formations and the true potential of the well will be known after the conclusion of testing of all formations and finalization of the completion strategy for optimum production.