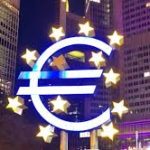 To the market’s surprise, the European Central Bank (ECB) announced plans to purchase bonds at a “significantly higher pace” over the next quarter. The decision was motivated by the recent rise in yields and concerns that “headline inflation is likely to increase in the coming months,” according to central bank President Christine Lagarde.

The move widened their distance with the US Fed who does not see the increase in bond yields and inflation as a problem. This comes as the European Union’s vaccine rollout faces more setbacks with delivery delays and new concerns about AstraZeneca’s vaccine. The vaccine’s use was halted temporarily in a few countries on concerns about increased risk of blood clots.

EUR traded lower after the ECB decision, but the decline did not erase all of its earlier gains against USD. The pair ended the day unchanged in part because of the central bank’s economic projections. The ECB raised its GDP and inflation forecasts for 2020 and 2021.

This year, they expect the economy to expand by 4% and inflation to rise 1.5%.  While the ECB expects the annualized CPI rate to hover around 1.5%, they said it could rise to 2% on a technical and temporary basis.

Until the Eurozone recovery gains momentum, analysts continue to expect EUR/USD to underperform, especially if US yields continue to rise. The US Fed is scheduled to meet next week and they’ll update their economic projections. Stronger numbers will underscore the divide between the US and Eurozone recoveries this year.

USD traded lower against most of the major currencies despite improvements in jobless claims and according to the Biden Administration, stimulus checks will start going out by the end of the month. The continued rise in Treasury yields reflects the market’s optimism. Producer prices and the University of Michigan’s consumer sentiment index are scheduled for release on Friday.  Stronger numbers are expected all around.

After a quite week, GBP is likely to come into focus on Friday with the release of monthly GDP, industrial production and trade data. Most of these reports are expected to be better as the UK economy continues its recovery.