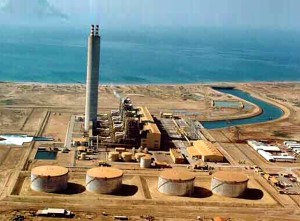 A closer look at post fall of Dacca era indicates that the strategic plans followed by the successive governments in Pakistan were dictated from outside. From super powers to multilateral lenders and from locals seeking power to policy planners followed strategic plans that were not in the larger interest of the country.
One of the latest evidences is that President Asif Ali Zardari skipped his visit to Tehran and went to UK to meet Malala Yousufzai. He was scheduled to stopover in Tehran to sign some important agreements pertaining to Iran-Pakistan gas pipeline. There is a consensus in Pakistan that the pipeline has not become reality only because of opposition of United States.
Examining the power sector alone supports this perception. Everyone knows that Pakistan enjoys enormous potential to produce 40,000MW electricity from hydel plants. In the earlier days country succeeded in constructing three dams/hydel plants i.e. Warsak, Mangla and Tarbella. The plan was to complete one dam in a decade. Mangla was completed in mid sixties and Tarbella in mid seventies but then no more funds were made available for contraction any mega size das after Kalabagh Dam project ran into controversy.
Over the years also came a paradigm shift in the policies of multilateral donors. They decided not to lend more funds to WAPDA and encouraged contraction of fossil oil based thermal power plants by the private sector. Pakistan faces double edged sword as more than 75% of total power generation capacity is oil based and oil prices are hovering around US$100/barrel. It the recent past oil price also touched record level of US$147/barrell.
Pakistan is blessed with natural gas but turmoil in Balochistan affects drilling of new wells in the province. Fortunately reasonably large oil/gas reserves have been discovered in Sindh but excessive reliance on gas has led to present gas crisis. Gas can’t be produced from some of the mega fields discovered lately due to ongoing litigation.
Little has been the progress on exploitation of Thar coal, capable of producing 50,000MW electricity over the next half a century. Over the years enough funds were not allocated for the construction of required infrastructure and lately Chinese working in the area were forced to stop their work.
The latest controversy about the quality of Thar coal and process of mainlining seems to be driven by groups having vested interest. While things were moving smooth for establishing mine-mouth power plant, entered a group insisting of coal gasification process. Though, the available data suggests coal gasification technology can’t be used for commercial purposes, this group is insisting on release of millions of dollars for the deployment of economically unviable technology.
Some of the groups are also suggesting exploitation of other sources of energy i.e. introduction of E-10 and granting sugar mills IPP (independent power plant) status. The entire required infrastructure is present in the country but oil lobby is opposing this, it knows very well that going for E-10 and granting sugar mills IPP status will hurt its interest.
Some experts also say that much of the hype about shortage of gas is aimed at creating a justification for the import of LNG and creation of LNG handling infrastructure. Earlier Rental Power Plants (RPPs) melodrama was created that fizzled out due to credible evidence of massive corruption.