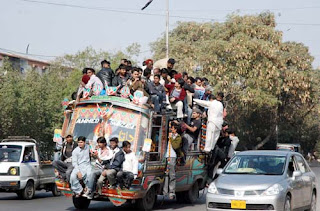 According to media reports the Government of Pakistan (GoP) is considering to impose a new tax on compressed natural gas (CNG). This is aimed at reducing the price difference between CNG and petrol to phase out the use of the gas in vehicles.
“The government has planned to phase out CNG stations gradually as they are causing heavy loss to the national economy by wasting this valuable commodity,” Prime Minister’s Adviser on Petroleum Dr Asim Hussain told the National Assembly’s Standing Committee on Petroleum on Wednesday.
He said the CNG should only be used by public transport and private vehicles should be discouraged from burning the cheaper fuel.
The members said that while Oil and Gad Regulatory Authority (Ogra) and the station owners were taking extreme positions, the consumers were forced to spend a major part of their day in long queues to get CNG.
MNA Rana Afzaal Hussain said the CNG Association had become a cartel and minted millions of rupees at the cost of people.
While elected representatives and bureaucracy may have all the reasons to discourage use of CNG in vehicles, the move must be discouraged unless some alternative cheap fuel is made available.
Regrettably Orga has failed in protecting interest of general public. It has been facilitating the GoP to collect more tax from CNG and facilitating the CNG station owners to mint money.