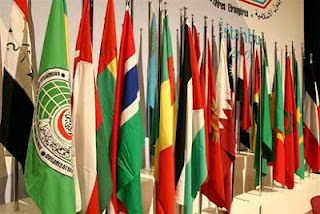 King Abdullah of Saudi Arabia has called an emergency Islamic Summit in Makkah to discussed key issues facing Muslim Ummah.
This offers an opportunity to Muslim leaders to discuss the prevailing situation, showing deep divided and to come up with solution that can exhibit their unity and solidarity.
However, there is no mention of Iran, enduring economic sanction imposed by the Western countries for more than three decades. One can still recall that some of the Arab countries had provided huge funds to Iraq when it attacked Iran, which helped in extending the war for nearly a decade.
World renowned, Abdullah Omar Naseef emphasizing the significance of the Summit has said, “There is nothing strange in this call by King Abdullah for an emergency summit. It shows his deep concern toward Islamic issues as a prominent Muslim leader in the world,” He also said, “This summit is being held at the right time, when the Islamic nation is facing a lot of challenges and crises, such as the worsening situation in Syria, the ethnic cleansing of Rohingya Muslims in Myanmar, and the continuing Israeli atrocities against the Palestinians.”
A member of the World Council for Mosques, an affiliate of the Makkah-based Muslim World League, Dr. Baheej Mulla Owais said, “We are pinning great hope on this extraordinary summit and pray that it will be a great success in realizing its objectives.” He also mentioned another summit held in Makkah, called by King Abdullah about five years ago to reconcile Iraqi factions. “That summit was successful in reducing the bloodbath between Iraqi groups and narrowing their differences. Sitting in front of the Holy Kaaba, they had pledged to stop fighting each other,” he added.
Iranian Deputy Foreign Minister Hossein Amir-Abdollahian called on Muslim leaders to address the Syrian and Bahraini crises simultaneously in their gathering in Makkah. Iran has also proposed that the Palestinian issue and solidarity in the Muslim world should be discussed at the meeting and that divisive issues would not be raised.
Iranian President Mahmoud Ahmadinejad leaving Tehran to attend the emergency Islamic summit said is likely to express the views of the Iranian nation on the issues facing the Muslim world. “This meeting is an opportunity for our nation’s standpoint to be explained clearly and for efforts to be made toward the convergence and protection of the interests and integrity of Muslim nations.”
One just can’t resist from mentioning meeting of leaders of 42 countries who have given their node to participate in the XVI Summit of the Non-Aligned Movement (NAM), which is scheduled to be held in Tehran from Aug 26 to 31.
While efforts by Saudi Arabia and Iran deserve appreciation, the bottomline remains can Arabs really come out of the pressure of United States? There is growing consensus among the analysts that toppling of Asad regime in Syria is part of the grand agenda to isolate Iran, which is considered a threat for Arab monarchies.