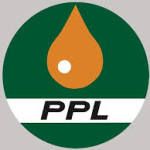 According to a report by one of Pakistan’s largest and most trusted brokerage house, AKD Securities, sale of 70 million shares of Pakistan Petroleum (PPL) is likely to be completed before June 30 2014. The familiarity with the process can potentially lead to the strike price coming much higher than the floor price.          .

At present, the Government of Pakistan (GoP) holds 1.4 billion shares of PPL which translates into a 71% stake in the Company. The GoP intends to raise PkR15bn (US$150mn) by offloading 5% (70 million shares) of its holding in PPL.

In recently concluded transaction of sale of shares of United Bank Limited (UBL), the floor price was set close to the stock’s 6-month average price (PkR155/share). Based on the same benchmark PPL’s 6-month average price comes to PkR215.4/share. However analysts do not rule out a further discount on this in setting PPL’s floor price, a case may be made for the strike price settling much higher than was the case for UBL.

This is because PPL’s is a smaller transaction and will be carried out by local book runners using methodologies that were used for EFERT and AVN for example. At current levels, PPL trades at a FY15F P/E of 6.8x and D/Y of 5.9% – attractive multiples that merit a subscribe stance particularly if the floor price is set at a 5 to 10 percent discount to market price.

After raising US$313 million and a further PkR7.62 billion from UBL’s stake sale, the GoP intends to raise US$150 million by selling 5% of its stake in PPL which translates into 70 million shares.

In this regard, a 5% discount to the 6-month average price results in a tentative floor price of PkR205/share. This translates into a FY15F P/E of 6.6x while last closing price implies a forward P/E of 6.8x. These stack up well against the broader market’s forward P/E of 7.9x.

While analysts await the transaction’s formal details, those privy to the details believe PPL transaction could be similar to that of Engro Fertilizer and AVN, run by a local book runner with the color of the book being visible at all times.

Analysts believe that while the onus of participation may be on local investors, foreign investors will be free to participate as well. Presently, PPL has free float of 21%, which translates into 410 million shares. Out of this, 24% is held by foreign institutions which include Lazard Ltd., Invesco Ltd., Robeco AMC and Tundra Fonder amongst whom Lazard Ltd. has the largest declared shareholding (as far as free float number of shares are concerned) holding 18.3% of the total free float, while remaining are with local participants.

Foreign investors have clearly been keen on PPL in the past and this could manifest at the time of the book building. At the same time, PPL remains an attractively valued stock and is likely to result in strong local interest.

In UBL transaction, despite international and local interest, the strike price inched up by mere 2% against the floor price of PkR155/share. Analysts believe this was mainly due to the sheer size of the transaction.

Analysts believe the same might not be the same in case of PPL due to: 1) the size of the PPL transaction being roughly two-fifths that of UBL where a small size also means less supply concerns, 2) a 76% of PPL’s free float with local investors, which limits the number of shares that can be acquired through the market, without affecting the price and 3) PPL’s book building is being done by the local book runner who will be using similar methodologies that were used in recent book buildings.

This familiarity with the process can potentially lead to the strike price coming much higher than the floor price.          .