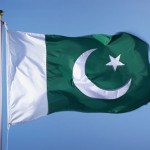 The Hub Power Company Limited (HUBCO) is Pakistan’s largest multi-project power producer (1200MW RFO powered base plant, 214MW RFO powered Narowal, 84MW hydel based Laraib) and a stalwart of the IPP space in Pakistan.  Continuing with its pedigree of developing diverse capacity additions, expansion into coal fired power through its 46% stake in China Power Hub Generation Company Limited (CPHGCL) is now likely. Inclusion of the 2x660MW project in the priority list for CPEC projects confirms the market’s bullish expectations and awaits the financial close of Thar Electric Power, to incorporate upside. Furthermore, the COD of SECMC (expected Dec’18) may also be achieved offering additional upsides. Moreover the company has also approached relevant authorities for developing a mine mouth power project of, 330MW in Thar. Having had a strong bull run (FY14-16 return of 102%), on the back heightened investor expectations of value addition post expansion plans, the stock trades at attractive price.

Going forward, earnings are expected to be driven by: 1) movement past the trough of the U-shaped tariff for the base plant, 2) improved efficiency in the base plant from continuing overhauls (boiler overhaul completed) and 3) termination of O&M contract with O&M services at the base plant (and planned coal expansion) to be managed internally, reducing consolidated O&M costs (halving of annual O&M expense). The separation of O&M services subsidiary Hub Power Services Limited as an in-house O&M provider in a technical agreement with GE and its stake in SECMC are value accretive. The absence of these companies in the consensus valuation method (DDM using income paid through tariffs post indexation), may be undervaluing the company and missing value additions from these segments of HUBC’s business.

CPHGCL (2X660MW) coal fired plant with accompanying jetty adjacent to its base plant site, with an expected cost of US$2.4 billion (in an 80/20 debt to equity) through a JV with China Power International  Holdings, and HUBC holding minority stake in the project (recently notified at 46%). To recall, coal based power plants have a lucrative upfront 27.2% ROE (imported coal) during the four year construction period, with a guaranteed 17% US$ indexed IRR. Thus, the planned project, with expected COD by FY19-20 (staggered COD is planned, with each 660MW unit brought online in a span of 2-3 quarters of each other), is expected to be a major contributor to payouts from FY20 (Rs5.73/share in annual dividend income from CPHGCL).

HUBCO’s base plant with 1,200MW net generation capacity forms the foundation of the current valuations as it makes up for 80% of units generated by the company. These factors allow the base plant to add Rs63.2/share to DDM based valuation in the form of dividend income (at 100% ownership). Having a U-Shaped tariff (unique in the Power Sector) the plant’s tariff peaks towards the end of its tariff period, expiring in FY27. Additionally, the recent completion of boiler overhauls and incorporation of a wholly owned subsidiary to carry out plant O&M significantly reduces O&M costs for the consolidated entity.

A number of catalysts continue to fuel investor expectations including: 1) demerger of Narowal into a separate IPP, with potential listing to raise additional funds for sizeable CPHGCL equity drawdown, 2) Pak Rupee depreciation and increase in US CPI provide upside to indexations built into the tariff and adjusted quarterly, and 3) additional income from the acquisition of 6% stake for US$20 million in Sindh Engro Coal Mining Company (SECMC) tasked with mining for coal in Thar Block II (COD expected Dec’18). Lastly, headway on additional projects, including 330MW Thar Electric (TEL) could be value accretive (26.5% ROE on local coal vs. 24.5% on imported coal).

Valuation & Investment Perspective: Having had a strong run (FY14-16 return of 102%), on the back heightened investor expectations of value addition post expansion plans, the stock trades at a premium. The financial close of TEL also offers additional upside. Between now and the commencement of operations in the 1320MW coal fired extension project, the COD of SECMC (expected Dec’18) may also be achieved offering additional upsides. That said, both projects will be a drain on liquidity, which the company may balance by offloading Narowal post demerger. Despite this, management has recently stated its aim to implement quarterly payout regime.

Regulatory impediments with pending approvals on 1,320MW coal fired power plants having the potential to delay the project in a material manner. In the backdrop of additional burden of upcoming projects and investments, liquidity crunch may ensue if circular debt resurges. Any surge in debt build up may impede FO supply, particularly at the base plant, where PSO (with whom a Fuel Supply Agreement governs payments) is exposed to a liquidity crunch and may face problems opening LC’s/ facilitating shipments.