What is the reality of Taliban? 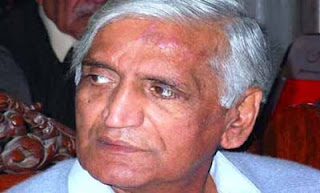 Lately, politicians have come under sever attack of banned outfit Tehrik-e-Taliban Pakistan (TTP) and the party hard-hit is Awami National Party (ANP). There have been regular attacks that included attempt on the life of its chief Asfand Yar Wali Khan and killing of other party members.
The latest is the assassination of Bashir Ahmed Bilour, a senior provincial minister of Khyber Pakhtunkhwa (KP) province; he has received threats in the past. Police officials confirmed that at least eight other people, including a police SHO, Bilour’s personal secretary and ANP workers were killed in the blast that took place near the famous Qissa Khwani Bazaar of Peshawar.
Bashir was bother of Ghulam Ahmed Bilour, a federal minister. One can recollect Ghulam declaring a reward of Rs10 million for the person who kills those responsible for the recently released film about Prophet Hazrat Muhammad (PBUH).
As is the practice local media has started blaring reports that the TTP has accepted responsibility of Bashir’s killing. According to a post placed on the website of a newspaper the proscribed TTP has claimed the responsibility for a suicide attack.
A post on the website of a television channels says TTP’s spokesman for Dara Adamkhel and Khyber Agency, Mohammad Afridi has informed a suicide bomber belonging to his group had attacked the minister.
It was also stated that the TTP had set up a new ‘revenge wing’ and leaders of the ANP and the Muttahida Qaumi Movement (MQM) were the prime targets of his group and the attack had been carried out to avenge the killing of an `elder’ of militants, Sheikh Naseeb Khan.
President Asif Ali Zardari and all prominent political leaders of the country have deplored the suicide attack at the ANP meeting. Prime Minister Raja Pervez Ashraf has announced to observe one-day national mourning and said flags would be flown at half-mast on Sunday.
The KP provincial government has announced a three-day while the ANP called for ten-day mourning in honor of the deceased leader. ANP’s Balochistan chapter has called for a strike in Quetta on Sunday. They also have announced to observe three-day mourning in the province.
ANP is coalition partner in the federal and provincial government with PPP and MQM. While PPP and government of Sindh have announced one day each, MQM called for three-day mourning.
No condolence or condemnation message has been issued by from PML-N leader, the ruling party of Punjab till posting of this blog. Leaders of religious parties are also mum.
Karachi was likely to witness some unrest and the day opened with an attack in which at least six persons including the policemen and recruits were injured. The blast took place this morning near Khawaja Ajmernagri police headquarter.
Lately, the TTP has been accepting responsibility of killings and blasts in Pakistan and these reports come from which claim to have received calls from the spokesman of the banned outfit, mostly residing at ‘unknown locations’.
A few points demand immediate deliberations: 1) why media is prompt in announcing the claims of any terrorist attack? 2) Is TTP a reality or phantom created by intelligence agencies both local and foreign? 3) Who is proving arms and funds to these groups? 4) Why the miscreants want to plunge the country into complete anarchy?