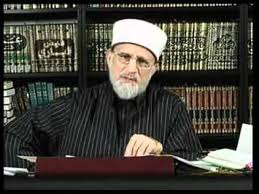 The building tempo in Pakistan’s federal capital hints towards change in the rulers, sooner than later. The choice is with ruling junta to announce the interim set up at the earliest or be ready to face a situation that could turn real nasty.
Whether the ruling junta likes it or not an interim set up has to be put in place at the earliest to ensure that general elections are held in time for the continuity of democratic process in the country.
In the recent past mainstream political parties PML-N and PTI has been showing their street power but the latest entrant, Allama Tahir-ul-Qadri, leader of Tehrik Minhaj-ul-Quran has changed the entire landscape.
While talking to television channel, Federal Interior Minister Rehman Malik said on Tuesday that the long march led by Qadri, would not be interrupted as long as the participants remained peaceful. He also said Qadri was a guest and participants could stay in Islamabad as long as they wish but they would not be allowed to cross the Red Zone. He added that President Asif Ali Zardari and Prime Minister Raja Pervez Ashraf would consider the demands made by Qadri.
Qadi has invited all the politicians including President Asif Ali Zardari, Mian Nawaz Sharif, Mian Shahbaz Sharif and Asfandyar Wali to his rally and see with their own eyes who this sea of bobbing heads was out here for and hear with their own ears for whom the bell was tolling for.
His opponents are trying to undermine his importance by saying that he wants to occupy the top slot, which he can’t due to holding dual nationality. Some others are busy in his character assassination but the fact is, he has led a successful march and addressing public meeting in the federal capital.
This can be termed good for the country because the incumbent government realized that any attempt to stop this march or denying him the right to address public meeting in the capital can prove counterproductive.  Qadri has become a major threat for PML-N as well as PPP, the two signatories of ‘Charter of Democracy’.
Since it has been decided to set up an interim government for holding fair and transparent election, the real point of concern is composition and size of this set up. Ideally, it must have representation of from major political parties but who will decide the names of interim prime minister, governors/chief ministers and ministers?
Traditionally in Pakistan, any and every set up has to be created in consultation with Pakistan’s armed forces and judiciary keeping in view the ground realities. Therefore, the stakeholders will have to take into account aspirations of general public and inadequacies of mainstream political parties and also those which may be too small but enjoy a lot of nuisance power.
Lately, Qadri has been alleged for disrupting election process by Qamar Zaman Kaira, Federal Information Mister. May be the statement reflects loyalty to his party but it is true that Qadri is attaining power due to massive support by general public. It is often said that masses are annoyed by PPP and PML-N, who may have supported democracy but only to ensure they remain in power.
A question is often raised who is providing funds to him? In fact this question should have not been asked because it is the most necked truth that external power having keen in any country play a key role in the installation and dismissal of governments.
Pakistan would be lucky if change can be ushered through a democratic process, else it is feared that rebel groups would be formed, given funds and even arms to ensure change of regime, this has happened in many countries lately.
The United States has specific interest in Pakistan and its political and administrative set up due to its presence in Afghanistan. Its best efforts will be to avoid formation of anti-US set up simply to avoid any disruption in Nato supplies passing through Pakistan.
United States has already expressed its apprehensions on mounting hostility between Pakistan and India and has advised the two atomic powers of the region to apply restraints.
By this time United States knows the incumbent government very well and any radical change may not be endorsed. This endorsement will become evident from Pakistan entering into another Standby agreement with the IMF and release of funds by multilateral donors.
It is also believed that India, China and Russia will also be very closely monitoring the unfolding of events in Pakistan. India has repeatedly expressed its apprehensions on militants hibernating in Pakistan. These militants are not only a headache for India, Afghanistan and Iran but are destroying the social and economic fabric of the country.
The recent peaceful sits in staged throughout Pakistan in support of Hazaras prove beyond doubt that people strongly believe in peaceful transition, it may be another thing that at some stage the peaceful initiates turn violent because extremists wish to sabotage these to achieve their vested interest.