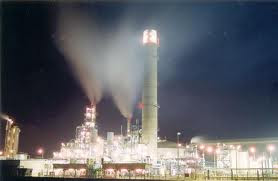 Fauji Fertilizer Bin Qasim (FFBL) is engaged in manufacturing and marketing of urea and DAP fertilizers. The company is the sole producer of DAP in Pakistan. FFBL has designed urea and DAP capacities of 551,000 tons and 650,000 tons respectively. FFBL has its head office in Rawalpindi and production facility located in Karachi. It is a public limited company listed at local stock exchanges and Fauji Fertilizer Company (FFC) owns 50.88% stake in FFB.
The company is expected to announce its 1QCY13 results on 12th April. It is expected to post profit after tax of PKR121 million (EPS: PKR0.13). This will be in sharp contrast to loss of PKR387 million (LPS: PKR0.41) reported for the corresponding period last year. Analysts don’t anticipate any dividend announcement at the time of announcement of quarterly results this time.
FFBL’s urea plant remained shut for much of Jan‐Feb13 due to inadequate gas supply, in line with the scenario last year. However, gas flow was significantly better than last year, which enabled 65% higher DAP production during 1QCY13 (up by 65% YoY). Urea plant resumed operations in Mar13.
Therefore, analysts expect FFBL’s urea sales around 55,000 tons and DAP sales to at 65,000 tons during 1QCY13 compared to negligible sales of both the products in 1QCY12.
The volumetric rebound is likely to take the company’s net revenues up by 205% YoY to PKR5.9 billion. Gross margins will be supported by 13% sequential decline in Phos Acid contract price to US$770/ton in Jan13, combined with flattish local DAP prices. The average DAP primary margin assumption for CY13 stands at US$264/ton.
It is necessary to mention that FFBL’s 1Q earnings are not reflective of its annual performance, as analysts expect the Company to post net profit of PKR5.4 billion (EPS: PKR5.8) for CY13 (up 25% YoY) on the back of expected 9% YoY higher DAP primary margins and 5% higher urea production.