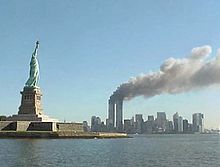 Let me first of all thank Finian Cunningham for providing me the strength. I have picked the tile of this blog from one of his articles. Going through the contents I also got the clue why he was expelled from Bahrain in June 2011; it was his critical endeavor to highlight human rights violations by the ruling regime.
Reading his article titled ‘Iran Represents a Deathblow to US Global Hegemony’, helps in understanding growing tension in Korean Peninsula and imposition of more stringent economic sanctions on Iran over more than three decades.
Finian writes, “The United States of America has become a byword for war. No other nation state has started as many wars or conflicts in modern times than the USA – the United States of Armageddon”.
He says “The real source of conflict in the present round of war tensions on the Korean Peninsula is the United states”.
He infers that United States is presented as a restraining, defensive force. But, in reality, Washington’s historical drive for war and hegemony in every corner of the world becomes evident if one starts from dropping of two atomic bombs on Japan to the current conflicts with North Korea and Iran.
He warns, “North Korea may present an immediate challenge to Washington’s hegemonic ambitions. However, Iran presents a much greater and potentially fatal challenge to the American global empire”.
Writers and thinkers like William Blum and Noam Chomsky are helping people in understanding that the US has been involved in more than 60 wars and many more proxy conflicts, subterfuges and coups over the nearly seven decades since the Second World War. No other nation on earth comes close to this US track record of belligerence and threat to world security. No other nation has so much blood on its hands.
Americans believe their country is the first in the world for freedom, humanitarian principles, technology and economic prowess. The truth is more brutal and prosaic; the US is first in the world for war-mongering and raining death and destruction down on others.If the US is not perpetrating war directly, then it is waging violence through surrogates, such as past South American dictatorships and death squads or its Middle Eastern proxy military machine, Israel.That bellicose tendency seems to have accelerated since the demise of the Soviet Union more than two decades ago. No sooner had the Soviet Union imploded than the US led the First Persian Gulf War on Iraq in 1991. That was then swiftly followed by a bloody intervention in Somalia under the deceptively charming title ‘Operation Restore Hope’.

Since then the world has seen the US becoming embroiled in more and more wars – sometimes under the guise of “coalitions of the willing”, the United Nations or NATO. A variety of pretexts have also been invoked: war on drugs, war on terror, Axis of Evil, responsibility to protect, the world’s policeman, upholding global peace and security, preventing weapons of mass destruction. But always, these wars are Washington-led affairs. And always the pretexts are mere pretty window-dressing for Washington’s brutish strategic interests.

Now it seems people have reached a point and they can conveniently say the world is witnessing a state of permanent war prosecuted by the US and its underlings: Yugoslavia, Afghanistan, Iraq (again), Libya, Pakistan, Somalia (again), Mali and Syria, to mention a few. These theaters of criminal US military operations join a list of ongoing covert wars against Palestine, Cuba, Iran and North Korea.

A question arises, why has the US such an inordinate propensity for war? The answer is ‘power’. The global capitalist economy mandates a fatal power struggle for the control of natural resources. To maintain its unique historic position of commanding capitalist profits and privilege, the US corporate elite – the executive of the world capitalist system – must have hegemony over the world’s natural resources.After the collapse of Soviet Union the US has been flailing to contrive a replacement “enemy” and pretext for its essential militarism. The 9/11 terrorist attacks and the subsequent “war on terror” has fulfilled this purpose to a degree, even though it is replete with contradictions that belie its fraudulence, such as the support given to Al Qaeda terrorist elements currently to overthrow the government of Syria.
Iran presents a greater and more problematic challenge to US global hegemony. The US in 2013 is very different from what it was in 1945. Gone is its former economic prowess and it is suffering from internal social decay and malaise.
Iran does not have nuclear weapons or ambitions and it has repeatedly stated this, thereby gaining much-reciprocated good will from the international community. Therefore, the US or its surrogates cannot justify a military strike on Iran.
Iran exerts a controlling influence over oil and gas that keeps the entire global economic system alive, any war with Iran would result in a deathblow to the waning US and global economy.
Iran presents a mortal challenge to US hegemony, being a formidable military power. Its 80 million people are committed to anti-imperialism and any strike from the US or its allies would result in a region-wide war. The longer that stalemate persists, the more the US global power will drain from its corpse.