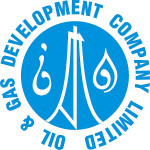 Pakistan’s largest exploration and production company, Oil & Gas Development Company (OGDC) has discovered large reserves of crude oil in Tando Allahyar, Sindh. Reportedly OGDC is expected to get 1,095 barrels of crude oil per day from this well. The discovery would add significantly to the country’s oil reserves.
Mohammad Rafi, Managing Director, OGDC at a press conference informed that the Company would start getting oil from the well, at a cost Rs700 million, after a month. He said the well also had shale gas. He said the Company had drawn gas from Sorgi well and supplied 17m cubic feet to Dakhni plant, which will be included in the system after treatment.
He said it was a significant discovery because it had taken place in Sindh. “Usually such big discoveries are made in Khyber Pakhtunkhwa and upper Punjab, but these are quite rare in Sindh.”
He said the drilling cost in Pakistan was much higher than in other oil producing countries. “The well, Poly Deep-1 was drilled more than 4,000 meters, while in Saudi Arabia crude oil is found at 400 to 500 meters.”