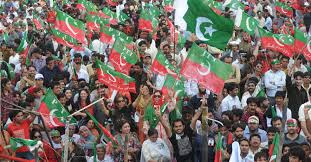 By this time most of the results of recently held general elections in Pakistan have been announced, though unofficially. Those parties which have lost are framing rigging charges but it is a fact that barring a few constituencies the general consensus is that elections were fair, free and transparent. There was less bloodshed keeping in view the threats and attacks on ANP, MQM and PPP election offices and corner meeting.
The efforts to create an impression that polling has been rigged across the board will mar the credibility of elected representatives. However, one could talk specifically about a few constituencies and polling stations where imprudent acts were performed. It can’t be said that only MQM and PPP indulged in rigging but PML-N also indulged in unfair practice, as alleged by supporters of PTI.
A lot is being talked about NA-250, which could be termed exceptional but has to be condemned most vocally. This reminded Larkana election of 1977 when Mulana Jan Mohammad Abbasi of JI was abducted by some PPP supporters/bureaucrats only to prove that Zulfikar Ali Bhutto was elected unopposed. Even at that time many analysts were of the consensus that Mulana could have not won against Bhutto, but a silly move turned the table.
PML-N has won the largest number of seats in National as well as Punjab Assembly. However, it is being alleged for rigging by PPP and PTI because some of the results are beyond expectations. Some analysts say PPP was hoping against hope because it failed in managing affairs of the country prudently and diligently. PML-N had something to its credit and made sweeping victory in Punjab and also managed to get sympathies in Balochistan, though PPP has offered special package for the province.
It is an undeniable fact that ANP, MQM and PPP witnessed erosion in their vote bank. It is true that these parties came under Taliban/TTP attacks but it is also a fact that whiles these parties ruled, the country suffered from gross mismanagement, corruption and nepotism. A few elites may have benefited but masses suffered the most. Therefore, no one else could be held responsible for the fate except their own deeds. Pakistani politicians must learn lesson from rise and fall of Congress in India. It has often lost election as and when its performance was not at par.
PML-N has managed to won in Punjab only because it delivered. PTI has won modest number of seats and it should sit in opposition rather than making any attempt to form government with any other party. If PML-N forms alliance with JUI-F in Khyber Pakhtunkhwah it would be deviation from its manifesto because this religious party and its leaders have been the biggest beneficiaries during Musharraf as well as Zardari rules.
All those parties which have failed in wining substantial number of seats must also keep in view the fate of ANP in mind. Some of its ministers have been accused of worst corruption, which is an undeniable fact. Its role in Karachi often came under criticism only because it was involved in certain highly undesirable activities. Many Pakhtuns living in Karachi have been openly accusing local leadership of ANP of creating animosity with non-Pakhtuns for achieving their selfish motives.
Parties that have failed in winning over hearts of masses must review their policies and work for the welfare of their supporters. In many countries leader of the opposition is given as high a respect as given to the leader of the house. In last government Chaudhry Nisar Ali of PML-N was made Chairman Public Accounts Committee to monitor financial affairs of the government. Earlier Chief of JUI-F was also made head of Kashmir Committee. It is regrettable that despite enjoying power the two leaders failed to deliver.
PML-N leadership is also advised to work with an open heart and avoid its policy of victimizing leaders and activists of opponent parties. If there are evidences against erring people they must be brought to court of justice. An example to follow is Faisal Sallah Hayat, who gathered enough evidences against promoters of rental power plants as well as Raja Pervez Ashraf and helped the government in recovering billion of rupees given to the favorites.