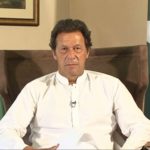 The stage is being set for the oath taking of Imran Khan as Prime Minister of Pakistan. Concurrently the names to head finance, foreign affairs and defense ministries are being finalized. These three ministries are critically important as these will set the pace of economic development and contain cross border terrorism.

In one of my earlier posts I have outlined the top priorities for Asad Umar, the finance minister in waiting. While he is expected to keep his focus on two prime deficits, budget and trade, the influx of foreign exchange to meet debt servicing will be dictated directly by foreign policy. Most probably funds will be released on the instruction of Saudi Arabia and United States or China will have to extend more loans to facilitate Pakistan payoff loans obtained in the past.

The US, which in the past had been more than gracious in advising International Monetary Fund (IMF) to lend money to Pakistan, now seems very hostile. In the prevailing scenario, Pakistan has no option but to approach other friendly countries, Saudi Arabia and China that can extend soft-terms loans to avoid default.

Reportedly, Islamic Development Bank (IDB) has been instructed by Saudi Arabia to lend US$4 billion to Pakistan after Imran Khan takes oath as country’s next prime minister. The offer was made immediately after a statement by Asad Umar that Pakistan would decide on whether to seek a bailout from IMF or friendly nations such as China and Saudi Arabia. A point yet to be clarified is whether the loan by IDB would be in addition to a three-year US$4.5 billion oil financing facility for Pakistan activated in July 2018.

Umar has expressed intention to seek a US$12 billion bailout package from IMF. However, after the response of the US president, other contingency arrangements have to be made. The PML-N government, which also enjoyed godfathering of Saudi Arabia, has left Pakistan with huge burden of external loans resulting in balance of payment crisis and massive depreciation of Pak rupee.

It goes without saying that global and regional super powers have special interest in Pakistan. The US is heavily dependent on Pakistan for logistic support for the combat troops stationed in Afghanistan. Pakistan also provides transit facilities to Afghanistan. In the prevailing scenario ‘do more’ mantra of the US goes on but it can’t afford to antagonize Pakistanis to disrupt NATO supplies. Despite being a super power, the US suffers from ‘bitten once shy twice’ situation that happened after attack on Salala post.

While the US considers Pakistan a partner in war against terrorism only, China has substantial economic interest in Pakistan. At no point in time China can afford a situation where pace of work on China Pakistan Economic Corridor (CPEC) may be jeopardize. Over the last one year Chinese loans have kept Pakistan afloat and support of any magnitude in the future can’t be ruled out. As the economic interest of China grows in Pakistan, it will also have to extend military support to save the country from any aggression. While President Trump may not be aware of this fact but the US administration is fully cognizant that any retaliatory move will allow China to get sold footing in Pakistan.

Whether people accept it or not, Saudi Arabia, India and Iran are three regional super power and all the three wish to maintain cordial relationship, but at their own terms. A past mistake of India to bid farewell to Iran-Pakistan-India gas pipeline project has caused it colossal losses. Even investment of millions of dollars in the construction of Chabahar Port in Iran by India has not provided it and efficient and effective access to Afghanistan. India is keen on the construction of Turkmenistan-Afghanistan-Pakistan-India (TAPI) gas pipeline, which will also pass through Pakistan. Therefore, India is obliged to maintain minimum working relationship with Pakistan. In this endeavor it is support by Iran also.

Maintaining cordial relationship with Iran and Saudi Arabia is a must for Pakistan. The country can’t afford any hostility with either of the countries because it encourages terrorists to use its province, Baluchistan for cross border terrorism under the disguise of Baluchistan liberation movement. Some of the quarters allege that in the past terrorist using Baluchistan as safe sanctuary were provided fund and arms by the US through the courtesy of Saudi Arabia.

Saudi Arabia has enjoyed good relations with Nawaz Shariff and its concerns with the change of government are natural. Imran Khan has expressed to adopt a more independent course and also expressed willingness to mediate in improving relationship between Saudi Arabia and Iran but, it becomes a nightmare for Saudi Arabia that Pakistan develops cordial relationship with Iran.

In a phone call with Iranian President Hassan Rouhani, Khan has accepted an invitation to visit Tehran. Reportedly, Saudi Crown Prince has also expressed intention to visit Pakistan soon in a bid to strengthen bilateral relationship.

“We want to improve ties with Iran. Saudi Arabia is a friend who has always stood by us in difficult times. Our aim will be that whatever we can do for conciliation in the Middle East, we want to play that role. Those tensions, that fight, between neighbors, we will try to bring them together,” Khan said.

It is not an easy situation for Khan to handle. Saudi Arabia has welcomed US President Donald Trump’s withdrawal from the 2015 nuclear agreement that curbed Iran’s nuclear program and his efforts to economically strangle the Islamic republic with harsh sanctions.  Saudi Arabia has not forgotten that Pakistan’s parliament rejected in 2015 a Saudi request to authorize Pakistani troops to participate in its troubled military campaign in Yemen.

Appointment of Ms. Shirin Mazari as Defense Minister, also becomes a source of concern for the monarchy. She had openly criticized in a series of tweets the fact that Pakistani general Raheel Sharif commands the 41-nation, Saudi-sponsored Islamic Military Counter Terrorism Coalition (IMCTC). She had asserted that Pakistan should not cooperate in Saudi Arabia’s alleged pursuit of a US agenda and should instead forge ties to Iran and India.

Khan will have to follow the collective wisdom of maintaining cordial relationship with global and regional powers. However, he will a have to safeguard Pakistan’s sovereignty. Pakistan should not be made subservient to any country for seeking bailout packages. He will also have to nurture the culture of living within means, rather than enjoying extravaganzas on borrowed money.