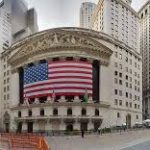 Investors kicked off the month of February with renewed optimism as equities and currencies rebounded after last month’s losses. A new month brings new opportunities with the Reserve Bank of Australia’s monetary policy announcement. This is a busy week for international markets with two monetary policy meetings, Eurozone fourth quarter GDP, ISM, US, Canadian and New Zealand employment reports scheduled for release. Wall Street is still dealing with the Gamestop fallout and the battle between hedge funds and retail investors extended to silver.

USD bulls are in control as USD/JPY flirts with 105. The greenback traded higher against all of the major currencies despite a slightly weaker ISM manufacturing report. Manufacturing activity growth slowed in January 2021 as the ISM index dropped from 60.5 to 58.7. There signs that inflation is creeping higher across the globe. Despite a nasty second virus wave, most US states did not reinstate March restrictions and that decision helped limited the impact on the economy. Non-farm payrolls are expected to rebound in January 2021 after falling for the first time in 8 months. We’ll also hear from a number of Federal Reserve Presidents. While Fed Chair Powell refrained from taper talk, his colleagues may not be so restrained.

Despite upward revisions to Eurozone PMIs, EUR fell the most on Monday. The problem is that while manufacturing activity was healthier, consumer demand was much weaker. German retail sales dropped 9.6% in December 2020, which was worse than the 2.6% forecast. Chancellor Merkel closed most retail shops in mid December after a failed partial lockdown in November. Those restrictions lasted throughout January 2021 which means there was no recovery in consumer demand last month. The Eurozone’s fourth quarter GDP report is due for release on Tuesday. While German GDP was better than expected, the overall report should be subdued.

GBP traded lower as well despite upwardly revised PMIs. GBP/USD has been consolidating over the past week and is set for a correction. The Bank of England meets this week. While they are not expected to change monetary policy, talk of negative interest rates could tip the currency.

The Reserve Bank of Australia (RBA) was widely expected to leave monetary policy unchanged this evening. With AUD climbing to multi-year highs last month and 2 million people in Perth in lockdown, the central bank has no choice but to remain cautious. With that said, data improvements have been reported with the manufacturing PMI index ticking higher. That will be widely expected so the impact of RBA on AUD should be limited. Instead, investors will be watching this week’s speech by Governor Lowe, retail sales and the service sector PMI index scheduled for release.