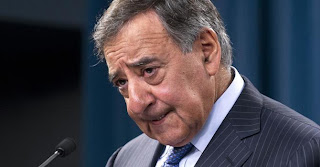 While addressing a think tank US Secretary of Defence Leon Panetta has once again said “In order to really have a secure Afghanistan, ultimately Pakistan is going to have to take responsibility for taking on these terrorists and eliminating the safe havens.
” “Realistically, what chance will the US strategy have to succeed in 2014 if more of the safe havens aren’t dealt with more stridently than they’ve been to date?” he was asked.
This is not something new; over the years the United States has been saying that restoring peace in Afghanistan depends on the commitment of Pakistan to fight the terrorist. Instead of stopping incursions from Afghanistan, Pakistan is often accused of providing safe sanctuaries to those who are fighting with the occupying forces.
May be the time has come to find explanation for basic questions:
1)       Why Afghanistan was invaded?
2)       Why United States wishes to keep its forces there?
3)       Why should Pakistan fight a proxy war of the United States?
There is growing realization in Pakistan that if USSR had attacked Afghanistan for a passage to warm waters, United States invaded the country to takeover production, trade and logistic of drug. At present Afghanistan is termed the largest producer of opium in the world.
There are also growing suspicions that troops are being kept there for two reasons 1) provide safe heavens for optimum growers and refining laboratories and 2) a built up to assist in case United States succeeds in convincing the world to attack Iran.
If it is clear that Nato forces are in Afghanistan for achieving motives other than maintaining peace or for the development, Pakistan must pull itself out of this proxy war without further delay.
It is on record that United States creates a conflict, supply funds and arms among fighting groups only to keep its arsenal factories at full capacities.
The most recent examples are Iraq, Libya, Syria and the latest demonstrations against Egyptian President for calling Israel a terrorist country.