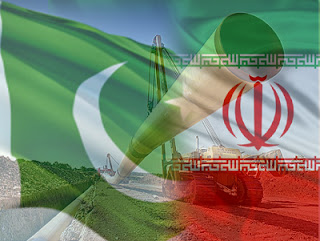 According to Financial Times, the visit of Pakistani President Asif Ali Zardari to Tehran to seal a US$1.5 billion gas pipeline deal was unexpectedly cancelled due to extreme pressure from the United States. The news has been received in Pakistan with extreme disgust and some of the quarters term it an attack on country’s sovereignty.
Pakistanis are fully aware that Iran has offered hundreds of millions of dollars to finance the long-delayed gas pipeline and Iranian stance has offended United States. Mahmoud Ahmadinejad, Iran’s president visited Islamabad last month to offer the financing. It was said to be just the first installment. There were also clear indications that if Pakistan show determination and seriously go ahead with this project it could get more money.
Reportedly President Zardari skipped his visit to Iran on some flimsy excuse. While President House official sources said the Iran trip was not on the itinerary but it looked all certain that he would stop over in Tehran on way to UK, France and Turkey as he was expected to sign some agreement pertaining to Iran-Pakistan gas pipeline. Earlier on Tuesday, Presidential Spokesman Farhatuallah Babar had confirmed to IRNAthat President Zardari will visit Iran on December 7 for talks on bilateral and regional issues.
Many Pakistanis wanted President Zardari to go to Iran to sign this crucially important agreement. They are losing patience due to inordinate delay in implementation of the project primarily because of stiff US opposition. The agreement was to be inked between Tehran and Islamabad during the November visit to Pakistan by Iranian President Ahmadinejad but was differed due to text of contract not being ready.
It sounded like a big joke that the President met Malala Yousafzai, a 14 year old peace activist, who is being treated at Birmingham’s Queen Elizabeth Hospital in UK rather than stopping over in Iran. Critics termed the visit an unprecedented gesture by the president because he did not have any diplomatic engagements in the UK other than meeting Malala.
Pakistan is keen in going ahead with the project. Dr. Asim Hussain, Advisor to Prime Minister on Petroleum and Natural Resources has recently visited Tehran to finalize text. He met several Iranian officials, including President Ahmadinejad. A delegation of Iranian oil industry experts also visited Islamabad early in November to discuss the agreement on the payment of a $250mln loan to Pakistan to fund the project.
In addition to the investment, Iran is also due to build the Pakistani part of the multi-billion-dollar pipeline. A special team has been set up in the Iranian oil ministry to specify the method of investment and credit line for the pipeline on Pakistani soil.