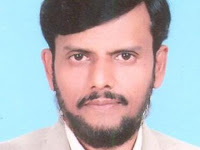 While media in Pakistan remained engrossed in covering Islamabad sit in by Dr Thair-ul-Qadri on Thursday assassination of a MQM leader Manzar Imam, member Sindh provincial assembly brought Karachi to grinding halt.
Qadri is often termed religious cleric but his sit in was joined by all and sundry. However, those bent upon creating Shia Sunni divide not only killed a political leader but also accepted responsibility of his killing. Manzars’ killers believed he was a Shia, which was not correct.
Reportedly, Therik-e-Taliban of Pakistan (TTP) immediately announced that they have killed Manzar. It was also pointed out by the mainstream media that Lashkar-e-Jhangvi (LeJ) was their accomplice in this killing.  While it is understandable that MQM activist are at the hit list of TTP, involvement of LeJ demands deeper probe.
There is growing perception that TTP is a gang of mercenaries, with a sole objective of killing and sabotaging in the name of Islam. The LeJ is often accused for killing Shias only, termed Kafir. If Hazaras are the target of TTP, Lej was also alleged for killing Shias, which they often claim and take pride in doing that.
In the past Raza Haider, another member legislative belonging to MQM was killed, for being Shia but assassination of Manzar shocked the entire civil society because he was not a Shia, the killers were misled by his name, which is rather common in Shia community.
Ironically this is not the first time that a Sunni has been killed because he was mistaken as Shia. In the past killers of a doctor later regretted that their target perceived to be Shia was a Sunni, media reports are once again highlighting that Manza was not Shia.
For years analysts have been saying that Pakistan does not face Shia Sunni rift, though some quarters are adamant at proving that. Analysts fear that some of the groups are getting funds and arms from outside to kill Shias.
It is also alleged by these mercenaries that Shia are getting funds and arms to kill Sunnis. Irony of the fate is that members of different Sunni factions are also being killed by the rival groups.
However, the reality is that the two sects have been living in complete harmony in sub-continent for centuries. Experts say that after having exploited Sunni Shia rift in Iraq that is aimed at fragmenting the country, the strategy is also being followed in Pakistan for its ultimate fragmentation.
Over the years Jundullah (having safe heavens in Balochistan) has been found to be the most notorious outfit. It has been wearing two different caps, in Pakistan it is said to be a group fighting for the rights of Balochs (working for an independent Balochistan) and in Iran fighting for the rights of Sunnis.
One can recall hanging of Jundullah chief by Iran and also hanging of its activist found guilty of undertaking sabotage and killing high ranking Iranian officials.
Foreseeing the grave implications of Manzar’s assassination, all the political parties have condemned his killing. Leaders of PPP, PML-N and ANP have not only condemned this killing but also cautioned to be watchful of those who are trying to plunge the country deep into anarchy.