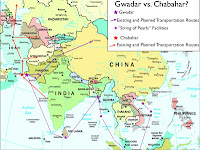 A serious constitutional crisis seems to be brewing in Pakistan’s troubled Balochistan province with the speaker summoning a session of the provincial assembly on a requisition signed by 19 legislators.
The immediate response is that Speaker Syed Matiullah Agha has summoned the session disregarding the fact that the province is under Governor’s Rule.
Some constitutional and legal experts are perplexed and are exploring, does the assembly want to play the role of a parallel government against the one headed by Governor Zulfiqar Ali Magsi?
Reportedly former speaker Aslam Bhootani and some experts are of the view that when the president imposes Governor’s Rule under Article 234 any required legislation may be done by parliament.
However, Baz Mohammad Kakar, former chief of the Baloch Bar Association said that requisitioning the session under the current circumstances was unlawful.
To understand the potential confrontation in Balochistan, it is necessary to peep into the history. In a nut shell neither the elected nor the dictatorial rule in Pakistan has enjoyed cordial relationship with the Baloch tribal chiefs.
Some of the basic point of confrontation include from too much interference from federation to usurping rights of Balochs and from too little developmental funds to federation taking over key mineral assets.
This sense of deprivation is deep rooted and the first resentment emerged because for decades residents of Balochistan didn’t get access to natural gas produced in the province.
Over the years many of the tribal chiefs have been living in self exile for and asking their tribes to fight with the law enforcing agencies, including Pakistan Army.  Having been frustrated with the regimes in Pakistan, they even started demanding for an independent Balochistan.
It becomes egg or chicken first situation as Baloch tribal chiefs are demanding removal of cantonments but Army is not willing to do this without restoration of complete law and order situation.
One of the allegations is that tribal chiefs got billions of rupees from the federal government, which they pocketed mostly and hardly bothered to spend it on the welfare of their own people.
However, to save themselves from any potential fallout they kept on playing the mantra that federal government was not giving enough funds and asking tribesmen to opt for armed confrontation.
It is on record that no major industries could be established in the province and its sole source of income remained royalty received on oil and gas produced in the province, bulk of which was pocketed by tribal chiefs.
Over the years at least three industrial estates were established in the province to lure investment, which also came but soon sponsors were forced to close down enterprises, even at Hub in close proximity with Karachi.
The biggest allegation was that representatives of tribal chiefs demanded booty and insisted on employing locals. Hiring locals was not a big issue as long as they were willing to work according to their qualification and experience.
However, a serious problem emerged when local chiefs started demanding very high wages for these workers and insisted on receiving the payment and paying paltry amounts to workers.
It is on record that Gaddani ship breaking yard was at one time the largest in the world but now it has been reduced to a junkyard.
It is also on record that once Balochistan has the largest share in gas production but now Sindh has nearly 75% share in total gas produced in the country.
All this is the outcome of precarious law and order situation for which no one except Baloch tribal chiefs can be held responsible. One of their favorite pastime is blowing up electricity and gas transmission lines.
Baloch tribal chiefs are demanding handing over Gwadar deep sea port to the provincial government but just don’t understand the point that they don’t have the expertise.
They also don’t understand the strategic importance of this port, managing a modern sea port is not like managing a fish harbor. This port has been constructed to handle transit trade of Afghanistan and Central Asia.
The fight between Balochistan provincial and federal government has provided India an opportunity to construct Chabahar port in Iran. Once fully functional will severely undermine Pakistan’s importance.
However, the entire world knows that Pakistan offers the shortest and most efficient route to Central Asia via Afghanistan and wish they could use Gwadar port. Now it is the choice Baloch tribal chiefs to exploit this opportunity or let Chabahar become the next maritime hub.