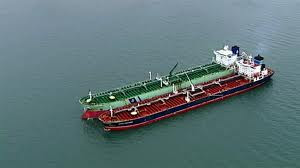 There is consensus that super powers violate globally agreed policies, when their own interest is at stake. Though, one can come up with a long list of such policy violations, stories of world’s leading economies defying economic sanctions imposed on Iran have started appearing as headlines in global media.
The latest story publish in Eurasia Review has raised suspicions that even United States, the mastermind of these sanctions was involved in buying Iranian oil. The expected copybook reply could be “We placed order with an exporter and were not aware that the load was blended with oil of Iranian origin.”
Eurasia Review report says, “There is a high probability that US sanctions against Iran have been violated by its own army. Part of the $1.55 billion in fuel the US bought from Turkmenistan for the Afghan army in the last five years may have originated from Iran.”
A report by the Special Inspector General for Afghanistan Reconstruction (SIGAR) has also suggested that “despite actions taken by DOD to prevent the purchase of Iranian fuel with US funds, risks remain that US economic sanctions could [have been] violated” from 2007 to 2012.
The suspicion rises because most of the fuel being used in Afghanistan comes from neighboring Iran. Because of the US sanctions on Tehran restricting the trade of Iranian oil and petroleum products, the ISAF has been required to abide by the regulations and buy petrol from eight Afghan-owned companies that deliver petroleum from Turkmenistan, which borders both Iran and Afghanistan.
Turkmenistan is a major regional oil producer, which also sells petroleum products made in Kazakhstan, Uzbekistan, Russia and even Iran. Petrol vendors in Turkmenistan use flexible supply schemes, meaning that fuel of various origins could potentially be blended together.
In response SIGAR report, the US Embassy in Kabul stated “It is possible that if blending is taking place in Turkmenistan it could contain some Iranian fuel,” but refused to admit that fuel imported from Russia could also be blended with Iranian fuel prior to its export to Afghanistan.
It is believed that suppliers are unlikely to blend Iranian fuel, or any other product, with other sourced fuel because of the potential that blending could cause product deviation from specification standards and potentially cause a rejection of the entire shipment, said the Embassy.
A Reuter report says the US believes that the most common trick Iran uses to dodge sanctions is ship-to-ship transfers (STS), in which large tankers leaving Iran’s ports offload Iranian oil to smaller vessels. Then, the Iranian oil is blended with that of another country to disguise it. After that, new shipping documents are issued, giving the blended oil shipment a new identity.
One can still recall that when restrictions were imposed on buying oil from Iran many countries were exempted only to save their economies from sudden and grave shocks. Some of the countries are still buying oil from Iran.
In the recent past Iran was OPEC’s second largest oil producing member, exporting 2.2 million barrels oil per day. The economic sanctions have more than halved oil exports to 890,000 barrels by September 2012.
However, Iranian crude oil exports once again rose to 1.4 million barrels per day lately. Most of this oil was bought by three leading Asian economies; China, India and Japan, where demand for energy has been on the rise. The expansion of tanker fleet by Iran has also helped it to export more oil.