US can’t afford to antagonize Pakistan 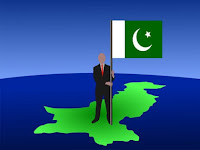 Over the years Pakistan has been fighting proxy US war in Afghanistan, not because of any love for Afghans or even to please the super power. It has been dragged into it and one could sum up the negotiations in before US assault on Afghanistan in one sentence ‘either you are with us or with our enemies’. At that time Pakistan had no option but to bow down as India was ready to join the US crusade. By that time Pakistan was also facing enduring economic sanctions for undertaking ‘nuclear test in 1998 and the probability was that refusal to join the war may also lead to air strikes on Pakistan’s sensitive installations.
On this Monday, Iranian Presidents Mahmoud Ahmadinejad and Pakistani President Asif Ali Zardari jointly inaugurated the work on the of 780-km Pakistani segment of Iran-Pakistan gas pipeline in the Iranian port city of Chahbahar. The point to be noted is that in this city India is constructing a sea port which is also being linked with Central Asia via Afghanistan on which the United States has never raised any objection. In fact it may be said that India is doing this under the instructions of United States which wants an alternative route, other than through Pakistan.
As I have said earlier United States is once again following .carrot and stock policy’. Victoria Nuland of the US State Department on one hand warns Islamabad that its cooperation with Tehran falls under the Iran Sanctions Act, which means that Pakistan may face a ban on its transactions through American banks and that U.S. military and other aid to Pakistan may be curtailed. She also plays the mantra that the US administration is willing to offer other alternatives, but little has been done to date.
Pakistan is rightly demanding its treatment at par with India, if it has to quite Iran-Pakistan gas pipeline, this could be done on only one condition supply of nuclear technology for civilian use. The US has offered this to India in exchange for deserting the gas pipeline project.
This morning I got another inspiration after reading an article in eurasiareview quoting Russian analyst Maxim Minayev of the Civic Society Development Foundation on the matter. He said “I don’t think that Washington will cut its military aid to Islamabad as long as the Afghan campaign continues. The aid is meant to strengthen Pakistan’s defense capacity, particularly against radical Islamist groups. Speaking about Pakistani-US relations, one should bear in mind the potential of those who oversee them in the White House, namely US Secretary of State John Kerry and Vice President Joseph Biden. I think that such players will manage to create additional opportunities for the White House in terms of minimizing the impact of the Pakistani-Iranian pipeline project”.
In his view impositions of sanctions may have the opposite effect. If Washington curtails political and military cooperation with Islamabad, the latter will move to expand ties with China. That’s not what the White House wants. There will be a general elections in Pakistan in May with the ruling Pakistan People’s Party facing a tough challenge from the Muslim League-Nawaz led by ex-Prime Minister Nawaz Sharif. Both the parties are campaigning on the promises to ease the country’s energy crisis that has reduced its GDP growth rate to around 2.5%. Therefore, any party that wins majority or form coalition government, its first priority will be to resolve looming energy crisis.
In fact President Asif Ali Zardari has won hearts of Pakistanis once again by transferring control of Gwadar port to China and commencing work on Iran-Pakistan gas pipeline. Any effort by the United States to create hurdle in smooth working of these two projects could raise two popular demands: 1) Pakistan should immediately pull itself out of US proxy war and 2) stopping movement of Nato supplies through Pakistan with immediate effect. I hope the US government just can’t afford either one.
I also tend to agree with Russian Orientalist Sergei Druzhilovsky. He believes that the project will go ahead, no matter who wins the election. All the more so that Iran has already built its 900-km segment of the pipeline and hopes to extend it into India. For Pakistan, gas transit means handsome profits. The latter circumstance must have outweighed the alternatives proposed by Saudi Arabia and the United States. Last May, Pakistani Foreign Minister Hina Rabbani Khar made clear Islamabad would not yield to pressure over the pipeline.
Pakistan needs gas to keep its thermal power plants running and industries operating at optimum capacity utilization. Last but not the least Pakistan has a right to demand that the United States should first impose economic sanctions on India for buying oil from Iran, constructing Chahbahar seaport and rail and road network in Iran.