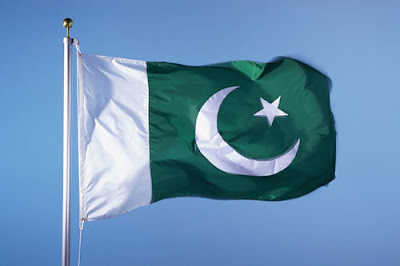 Like every year the citizens are celebrating ‘Pakistan Day’ with great fervor. Politicians have issued loaded statements and tried to convince that the country is at crossroad and facing a bleak outlook.
In the alternate media all sorts of comments have already started appearing and regular media will print and broadcast all sorts of message today, which are customary.
However, the nation has a right to ask all, including themselves, are we behaving in the manner any patriotic citizen should behave?
The reply is simple but harsh; no one is behaving like a true patriotic Pakistani. At the best all of us are busy in achieving our selfish motives. The nation has reduced to highly fragmented groups and the sole motive remains how to maximize the wealth.
Majority of people belonging to lower strata is still patriotic but the higher one goes in the hierarchy, he/she becomes self centered and the only objective becomes, maximizing wealth, no matter how.
With due respect political leaders have failed in developing consensus on the name of caretaker prime minister, is it is not the height of apathy or self centeredness?
They have not been able to find a person who could assure that he/she would protect their interest in the best possible manner. If PML-N is never tired of saying PPP leadership is the most corrupt, it has supported this regime for five years only to remain in power in a province, which has 65% of total population of Pakistan.
In 1940 on this day Muslims of the subcontinent agreed to create a country where their rights would be protected, as they feared Hindus being in majority would exploit them.
Now most of the elites and even citizens are busy in looting and killing their own fellow citizens. This prompts a question, are the perpetrators Pakistanis? Unfortunately, the reply is no, else they should not be indulging in such activities.
Though, one hates to say it seems that agents of yesteryear East India Company have become active once again and are buying the soul and spirits of those who are ‘saleable commodities’.
This is not new such stories can be found in the history around the globe that foreign invaders have been doing this and they are once again active in Pakistan.
Many be the new generation does not have the slightest idea of what sort of sacrifices their forefathers had given in achieving independence from the British Raj.
Even after independence they have been giving scarifies but rulers have been accumulating wealth and transferring into foreign accounts.
It is often said that Pakistan’s accumulated debt exceeds US$50 billion but very few people may know that amounts kept in foreign banks is even ten times of this amount. If all this looted money is brought back into Pakistan it will be enough to give free education, medical care, building roads and bridges, power plants and dams and even the citizens will not have to pay any tax for rest of the lives.
This sounds like a fairy tale but it is the harsh reality on which every Pakistani has strong belief.
However, pulling out this money from foreign banks poses the real problem. At no stage these countries will be willing to give this money to Pakistan because, ultimately they will confiscate it. They have done this with many rulers, underworld kings and their own touts.