Pakistan: Fear of terrorism during polls 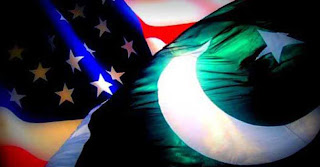 Many quarters are expressing fear of terrorist attacks during forthcoming general elections. Terrorist has already issued a threat to ex-president Pervez Musharraf who has come back to Pakistan. Earlier some of the Baloch leaders had warned of bloodshed and even killing of clan leaders. The ex-interior minister has been issuing such warnings but often failed in rounding up the perpetrators.
It has been highlighted repeatedly that Pakistan does face threat from external forces but the real cause of concern is ’embedded enemies’ that often occupy key positions.
There are politicians who act as viceroy of regional and global super powers. No one can deny presence and support to the perpetrators by the personnel of law enforcing agencies. And above all the perpetrators develop their hide outs in areas having ethnic concentration and use people as human shields.
The proof of involvement of external forces can be gauged from the delay in installation of caretaker set up. This reminds one of the posts placed on Facebook. “There is so much concern about the names who will be there for 90 days, who would also not be allowed to make some of the strategic decisions as those are prerogative of elected assemblies but there has been least concern about those who will participate in the general elections”.
Some of the critics may say, “We don’t read every statement posted on Facebook” but these are people who also can’t read ‘writing on the wall’. When the attention of these elements is drawn towards writing on the wall, most of them ask, where is the wall?
In fact these self proclaimed experts suffer from the worst myopia and can’t see beyond their nose. As against this, many of the external elements that have interest in the region are adamant at exploiting Pakistan’s positions.
One can say only with great regret that Pakistan’s strategic location has become its biggest enemy. All those who wish to establish their hegemony in the region want the rulers to remain subservient.
Among all the countries United States has the largest interest and one of its proofs is the statement of US Ambassador to Pakistan Richard Olson. Ambassador has said lately that his country has no desired outcome from the May 11 elections in Pakistan but stressed on the need for strengthening democracy in the friendly nation.
In a discussion on US-Pakistan relations at a Washington think-tank, Olson observed that there has been a strategic shift in Pakistan’s policies towards India and Afghanistan.
The ambassador said both the United States and Pakistan recognized that in the past they had a relationship that tended to go in cycles, “from periods of excessive enthusiasm to periods of neglect”. But both sides now wanted to avoid this and take the relationship to a more stable footing and on an even keel.
However, responding to another question on the region’s energy needs, the US ambassador said, “What we would like to see is for the energy supply to run through Afghanistan and through Pakistan to the Indian market.”
In the same breath he reiterated that the Iran-Pakistan gas pipeline is sanctionable under the Iran Act. “We’ve had a duty to warn our Pakistani friends that the pipeline that’s under consideration is likely to be sanctionable under US law.
Some of the cynics take this as a warning that if the rules go ahead with the pipeline. Pakistan could not only face economic sanctions but political turmoil, similar to the one faced by the Morsi government in Egypt.
Some even go to the extent that due to poor law and order election may be deferred up to three years, till Nato withdrawal is complete.