Democracy in Pakistan a Distant Dream

I am obliged to place this article on my blog because it is one of the Indian point of views pertaining to Pakistan’s forthcoming elections. It has been authored by Jagdish N. Singh and originally published by Institute for Defence Studies and Analyses (www.idsa.in). There is also a disclaimer ‘Views expressed are of the author and do not necessarily reflect the views of the IDSA or of the Government of India. 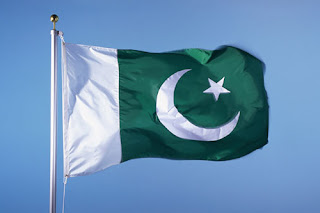 In the just-completed tenure of an elected civilian government in Pakistan some well-meaning analysts have come to discern the seeds of democracy in the country. Their argument goes that it is for the first time that a civilian government has managed to complete its full tenure surviving a long tradition of the powerful Pakistan Army’s intrigues (for a coup) and a new trend of judicial over-activism. The government to be formed after the forthcoming parliamentary elections in May 2013 would therefore automatically feel far more confident to strengthen democracy.
One, however, finds that democracy continues to be a distant dream in Pakistan. The government that completed its tenure recently was democratic only in form. Like all its predecessors, it miserably failed to promote what a democratic state is supposed to first and foremost, namely, foster the multi-faceted development of all its citizens.
It is well documented that during its five years in office Pakistani citizens have continued to be denied their basic freedoms. There has been little improvement in the life of the minorities — Hindus, Sikhs, Christians, the Baha’is, Buddhists, Zoroastrians, Ahmadis, Shias and Mohajirs, that is, both non-Muslims and non-Sunni Muslims. Pertinently, one of the most disastrous consequences of the continuing denial of freedoms to the minorities is that most of those affected have either resorted to exodus or religious conversion to skip their ordeal. This has altered Pakistan’s religious demography beyond recognition. According to authentic studies, in undivided British India, non-Muslims formed more than a quarter of the population in territories that later became Pakistan. On partition, they came to account for about 14 per cent of Pakistan’s population, albeit concentrated mainly in East Bengal. Today, in a population of 17,56,46,000, Sunni Muslims constitute 77 per cent and Shias 20 per cent. Non-Muslims — Hindus, Christians and others — are three per cent. Hindus constitute about 1.6 percent of the total population.
The predicament of Pakistani citizens can be attributed to the politics of Islamist radicalization in the country. Over the years a notorious Deobandi Sunni stream of the puritanical Wahabi-Salafi order, equipped with a distorted version of Islam, has expanded its social base in the country. In order to capture or retain political power, politicians of all hues as well as the ambitious Army have sought to cultivate or keep in good humour this Islamist social base by accommodating its agenda at the cost of the interests of all other segments of Pakistani society.
In 1956 General Ayub Khan had the constitution of Pakistan declared an “Islamic Republic.” In 1959 he circulated a paper defending the theoretical necessity of an “Islamic Ideology in Pakistan. He had a new course , ‘Islamiyat’ added to the school curriculum, according to which Pakistan was not but the culmination of a ‘dream’ that originated in AD 712, when the first Arab armies landed on the coast of Sind under Muhammad bin Qasim.”
His successor General Yahya Khan promised that the armed forces would be the guardian of Pakistan’s ideological frontiers. In the 1970s Prime Minister Zulfikar Ali Bhutto encouraged the concept of pan-Islamism leading to a close linkage between Pakistan’s radical Deobandis and the Saudi Wahhabis. Bhutto gave Pakistan a constitution declaring Islam as the State religion. In September 1972 he had Christian schools and colleges nationalized. His 1973 constitution had the offices of President and Prime Minister reserved for Muslims, making minorities second class citizens. And Bhutto passed a resolution in 1974 declaring Ahmadis as non-Muslims.
General Zia ul Haq aligned himself with the Jamaat-e-Islami and started Islamizing Pakistan in general and its army in particular. He introduced additional legislation for discrimination against religious minorities in military service, education and the civilian bureaucracy. General Zia also encouraged the madrassas run by Deobandi groups like the Jamaat-e-Islami and other such groups to start indoctrinating the youth. In 1979 the military regime replaced the existing penal codes with the Hudood Ordinance to implement the Islamic Shari’a law discriminatory to women and non-Muslims.
Prime Minister Benazir Bhutto created the Taliban in the 1990s. She protected al Qaeda chief Osama bin Laden. In 1996 she directed her Director General of Military Operations General Pervez Musharraf to rehabilitate bin Laden (who had then been expelled from Sudan) in the Pak-Afghan border area.
In 1998 her successor Nawaz Sharief directed Federal Information Minister Mushahid Hussain Saeed to call on Lashkar-e-Taiba chief Hafiz Saeed (Ahl al-Hadith orientation) at his headquarters in Muridke. During his second tenure as Prime Minister, Sharief repeatedly evaded US pressure to allow its special forces to mount an operation from Pakistani territory into Kandahar to kill or capture bin Laden.
The civilian government which has just completed its term conformed to the same pattern of behaviour. In order to cultivate the social base of the Islamists, it also preferred to be seen as backing their agenda here and there. For instance, then Prime Minister Gilani said on January 12, 2012 that there would be no amendment to the country’s anti-blasphemy laws. His Railway Minister Ghulam Mohammed Bilfour of the so-called moderate Awami National Party, headed by the grandson of the ‘Frontier Gandhi’ Khan Abdul Ghaffar Khan, announced that he would pay $100,000 to anyone who killed the California-based Egyptian Copt (the native Christians of Egypt) who posted his blasphemous film ‘Innocence of Muslims’ on YouTube.
Given all this, it is unlikely that the liberal, democratic forces — including in the media, academia and legal fraternity – will be able to assert themselves in the upcoming parliamentary elections and contribute to altering the present pattern of Pakistan’s leadership behaviour.
Views expressed are of the author and do not necessarily reflect the views of the IDSA or of the Government of India.