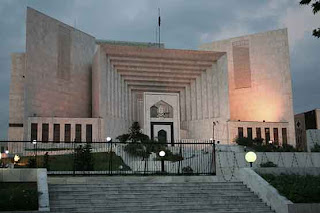 The Supreme Court of Pakistan adjourned the hearing without fixing retail price of CNG as it was bogged down by another revelation that gas marketing companies face bankruptcy.
It was believed that the apex court would approve a price which is acceptable to all the stakeholders, particularly Ograand owners of CNG stations.
While the consumers and owners of CNG stations continue to suffer, the legal battle seems to be extending into new areas, which needs to be dealt separately.
In a reply filed by advocate Abid Hassan Minto, the honorable attorney pleaded, “The two gas marketing companies, i.e. SSGCand SNGPLcould go bankrupt if they were penalized for not meeting the international standard of maintaining gas losses at three to five per cent of the total supply. Their overall losses currently stand at 16 per cent”.
The counsel for the Sui twins requested the court to withhold its decision to the extent of gas losses, or unaccounted for gas (UFG). Justifying the UFG at about 16 per cent, the two companies expressed fears if they go bankrupt gas supply to most parts of the country would be suspended.
The money that will be required to be injected by the federal government to put the companies back to their feet would cost the national exchequer far, far more than what Ogra naively aims to save through prescribing unrealistic, unlawful and plainly wrong UFG targets,” was stated in the reply filed by Minto.
It seems that the honorable court is being misled because SSGC and SNGPL are trying to put together two types of gas losses 1) leakage of gas due to depletion of transmission and distribution networks and 2) outright theft.
While it is true that gas marketing have not been able to revamp their transmission and distribution networks due to omnipresent circular debt issue, the real problem is blatant theft by those having access to power corridors. All stakeholders are simply asking the companies to contain theft that goes on with the connivance of their staff.
The primary mandate of any regulatory authority is to protect the interest of all the stakeholders, particularly the consumers. Condoning gas theft is: 1) direct loss to the Government of Pakistan that owns majority shares in SSGC and SNGPL, 2) penalizing consumers who pay their bills regularly and above all 3) criminal negligence because the country needs every kilogram of gas to be used diligently.