Hike in gas tariff must be resisted 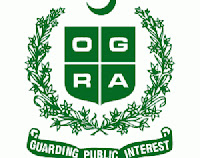 Till recently it was said that the performance of gas distribution companies was far better than electricity distribution companies but now it seems gas companies are also suffering from the same contentious problems.
Instead of overcoming the inefficiencies, mismanagement and blatant violation of good governance, gas companies are persistently asking Ogra for tariff hikes. This trend has to be discouraged because it is the responsibility of the management of Sui twins to meet the benchmark fixed by the regulator, rather than asking to condone the inefficiencies.
To begin with, the policy of guaranteeing a fixed return on net operating assets as high as 17.5 per cent is not justified. This may have been need of the time when these utilities were busy in undertaking expansion of transmission and distribution networks but now it can’t be termed a prudent approach.
Since the Government of Pakistan (GoP) holds majority shares in gas distribution companies demanding a fixed return on net operating assets is nothing but fleecing consumers.
In fact the GoP gets double advantage with each hike in tariff: 1) increase in income of gas distribution companies yields additional corporate tax collection for the government and 2) additional dividend income.
The demand for hike in tariff may have some justification had the Sui twins not carrying huge load of receivables and suffering from out of proportion UFG.
In fact sector experts say that the much talked about hike in UFG is nothing but blatant theft of gas being going on with the connivance of staff of gas distribution companies.
This point gets credence because of the recent hike in UFG, mainly due to pilferage of gas by CNG stations and industrial units owned by the politicians and those having access to power corridors.
Having said that it is necessary to point out that power generation companies owe billion of rupees to Sui Twins. According to the sector experts the total receivables of gas companies from public and private sector power generation companies now hover around Rs100 billion.
To meet the cash requirement gas companies borrow from commercial banks on which huge financial cost is paid that is ultimately recovered from the consumers. Therefore, it may be right to say that Ogra should not allow increase in tariff unless gas distribution companies recover outstanding amounts and bring down the UFG level to the benchmark fixed by the regulator.
In case Ogra increase tariff it not only fails in discharging its statutory duty but also becomes a partner in ripping off consumers. One may ask that what the way should be out in case the first two options could not be exercised?
To start with the GoP can make deductions at source and pay off the liabilities. In case this may not work out than salary of senior executives and staff should be slashed, as they fail to discharge the duty for which they were hired.
Even a cursory look at profit and loss statement of gas and electricity distribution companies show that they not only these entities suffer from top heavy management but executives are paid exorbitant salaries and perks.
As a rule remuneration is linked with the performance and the only criterion in case of a public limited company is earning per share without any guarantees.
It is necessary to highlight that the Board members and top executives of gas distribution companies are now openly challenging the authority of regulators by refusing to comply with the rules and decisions.
In such a case it becomes all the more necessary for Orga to establish its writ.
It also becomes obligatory on the judiciary to avoid accepting such cases for hearing and passing on stay orders because the cardinal principal is ‘violator has to pay the penalty’. In this case the crime is out of proportion increase in UFG, which is pilferage.
A thief, when he rips off the entire nation must be given exemplary punishment, be it a consumer or an employee of the company!