Transmission line of SSGC blown up 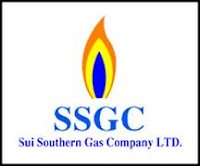 In a serious insurgency attack in the early hours of 10thApril, 2013 a 16 inch diameter high pressure gas pipeline of Sui Southern Gas Company (SSGC) in Jafarabad District of Balochistan has been blown up.

This transmission line commonly referred as Indus Left Bank Pipeline (ILBP) supplies gas to Sui Northern Gas Pipelines (SNGPL) responsible for distribution of gas to Punjab and Khyber Pakhtunistan provinces.
This is the sixth sabotage activity which took place since 16th March this year. SSGC’s system has not been affected due to this sabotage activity at all.
Following this incident, the effected section of pipeline was immediately isolated.
Company’s emergency response teams have been rushed to the site from Shikarpur to inspect the situation.
However, they are awaiting permission from the security agencies that are engaged in clearance of the said area.
After the security clearance, another team will also be mobilized from Karachi, carrying heavy repair equipments and necessary material.