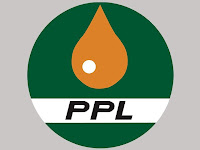 Pakistan Petroleum limited (PPL) has reported profit after tax of PKR33.53 billion (EPS: PKR20.41) for 9-month period ended 31stMarch 2013 as compared to PKR32.3 billion (EPS: PKR19.64) for the corresponding period last year, registering an increase in profit by 4% YoY. The result was in line with market expectations.
This increase in profit can be attributed to topline growth by 8% YoY and notable decline in other expenses (down by 24% YoY).
For 3QFY13, the Company registered a decline of 8% YoY in net profit to PKR11.2 billion (EPS: PKR6.82) from PKR12.2 billion (EPS: PKR7.40) profit for 3QFY12. The decline in earnings can be attributed to sharp decline in gas production (estimated to have decreased by up to 13% YoY) coupled with higher field expenditures.
Net sales of the Company surged by 8% YoY to PKR77.2 billion during 9MFY13 as compared to PKR71.5 billion for the corresponding period last year.
The sharp uptick in sales can be attributed to 1) a 16% YoY increase in oil production, 2) up to 7% YoY higher wellhead prices of gas from Sui and Kandhkot and 3) notable depreciation of Pak rupee value against US dollar, by 8% YoY.
Other income surged by 7% to PKR5.5 billion during the period under review on account of healthy cash/investments positions. This coupled with notable reduction in other expenses (down by 24% YoY) contributed significantly to the bottomline.
However, considerable increase in field expenditure to PKR21.4 billion (up by 17% YoY) on account of higher exploration activity in own and JV operated areas severely dented the bottomline.
According to a BMA Capital report, reserve based trade price  of PKR223/share, the stock represents an upside potential of 25% and a dividend yield of 8% translating into a total return of 33%. It maintains “BUY” stance on the stock. At current trading levels, the stock is trading at an attractive PER multiple of 5.9x and 5.3x to FY13E and FY14E EPS respectively