Colonialism proliferating, though in a different form 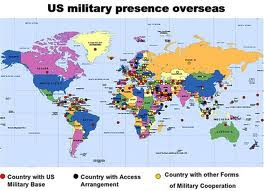 It may not be wrong to say that the World War-III started no sooner did World War-II ended. Under the new arrangement countries are not conquered using military but by subjugating their sovereignty.

In the past the World Bank and the International Monetary Fund used to take control of policy making of recipient countries but now power of these countries to make decision are curtailed by establishing the World Trade Organization (WTO).
After the World War-II, super powers namely USA, USSR, and later on China have emerged. While USSR faced disintegration after its failed attempt to get access to warm waters by attacking Afghanistan, China preferred to focus on becoming an economic power. The USA got a free hand to establish its hegemony.
China is a perfect example of ‘If you can’t kill your enemy, make him friend but never forget you have to kill him one day’. USA has emerged a major investor in China and also a major buyer of made in China products. The policy is driven by the lust to control Chinese economy.
Economic sanctions are imposed on countries trying to the US policy but all the decisions are driven by protecting its own interest and/or its peripheries. This is evident from the latest US decision to exempt India, Malaysia, South Korea, South Africa, Sri Lanka, Turkey and Taiwan buying oil from Iran. These countries are either the major buyers of made in USA arsenal or supplier of goods and services to the super power.
United Nations (UN) has also become subservient as most of the decisions are made by the permanent members enjoying veto powers. Any decision by the international community can be turned down by these countries.  However, if a rubber stamp is needed, UN endorses military action, the most recent examples being Libya and Syria. Iran has been facing economic sanctions for more than three decades.
Different blocs have been created for the collective exploitation and now to establish US hegemony and developing regional powers. India has been given the status of regional super power. Commonwealth keeps on reminding the sovereign countries that they were British colonies and are still under the thumb of Monarchy.
Economic assault has been initiated under the WTO that gives legal cover to the financial atrocities of the developed countries. These countries control economies of poor sates through multinational companies (MNCs). This is best understood when one looks at the balance sheets and profit and loss statements of Fortune-500, which has further reduced to Fortune-50 companies,
But armies still play key role in conquering countries, with US leading Nato member counties. Usually the campaign starts in the name of restoration of democracy. Regime Change Plans are executed by funding rebels and proving them arsenal. This is in no way any attempt to make their lives better but to keep the armament factories running at full capacities.