US waging war against Iran 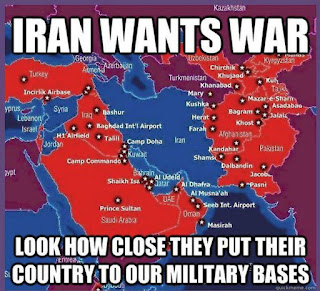 While the countries living under the influence of United States have been imposing newer and tougher sanctions on Iran, Israel has been threatening to take unilateral action against the country irrespective of the outcome of 5+1 negotiations.
However, cursory look at the chronology of decisions made against Iran support the perception that the United States has been waging war against the country for more than three decades.
Many observers say that the war against Iran is already underway. A vicious media campaign, regular war threats, assassinations and acts of sabotage all testify that Iran is the target of an all out war.
While all sorts of aggression and belligerence are taking place, an intensive campaign against Iran is being run in the mainstream media.  Hawkish, pro-Israeli think tanks in the United States are portraying a biased and distorted image of Iran to their people with the aim of preparing ground for a possible military attack.
Iran’s enemies say that they have a problem with Iran’s nuclear program because they fear it may one day develop nuclear weapons and use it against Israel. They are also preaching Iran poses a threat to global peace and security. All this in incorrect as the reality is Iran refuses to be a slave to the Zionists financial and political interests. One may not be amused if one day it is announced that Iran is financing international terrorism through the export and sale of pistachio nuts.
Washington’s animosity is neither new nor related to Iran’s nuclear program. Soon after the Islamic Revolution of 1979 and dethroning of Shah Mohammad Reza Pahlavi, the US initiated hostility and enmity.  Under President Jimmy Carter, the US imposed a set of sanctions on Iran’s oil sector and then blocked US$12 billion of Iranian government’s assets in Washington.
After the deadly 1983 Beirut barracks bombing in which 241 US marines were killed, the US government renewed its sanctions, under the orders of President Ronald Reagan. The Bill Clinton administration toughened the sanctions in 1996 when US Congress unanimously passed the Iran and Libya Sanctions Act that penalizing the foreign companies investing in Iran’s oil sector.
On September 30, 2006 the act was renamed to Iran Sanctions Act as Libya was excluded. The George W. Bush administration, also antagonistic toward Iran imposed several rounds of sanctions against its oil, gas, insurance, agriculture and aviation industries. He also signed a law the Iran Freedom and Support Act on September 30, 2006 which allocated $10 million for anti Iran groups.
Barack Obama instead of finding a sustainable solution to end the nuclear standoff, assumed an aggressive position, intensified the sanctions, banned transactions with the Central Bank of Iran and even created hurdles for Iran to receive the payments for its oil exports.
It seems the sanctions have been imposed to bring Iran to its knees and undermine its position as a regional superpower. The Obama administration has vehemently pursued a policy of running covert operations in Iran through training, funding and assisting anti Iranian organizations such as MKO and Jundallah with the objective of spreading fear, sabotaging its security and also impeding its nuclear program.
Damaging Iran’s nuclear program through sophisticated computer worms and malwares such as Stuxnet was another attempt by the US and Israel aimed at causing major blow to Iran. The Stuxnet worm was coded to sabotage computers operating at Iran’s Bushehr nuclear facilities.