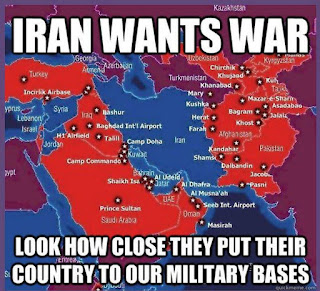 Probing a little deeper suggests that the South Asia, Middle East and North Africa are rich in agriculture, minerals and the oldest route for on-land as well as sea trade. That was the prime reason these areas were occupies as colonies.
The strategy of occupiers was ‘divide and rule’ and the occupation was driven by underlined objectives of crusades, attempting at getting control on trade, particularly maritime trade.
The living examples are construction of Suez and Panama Canals, occupation of areas on the coastal lines and fueling of conflicts on the basis of religions and sects.
The old and most deadly are the encounters between the followers of three religions, Jews, Christians and Muslims. Often Jews and Christians joined hands against Muslims because of Quaran, which declared the previous Holy Books null and void, as these had been tempered very badly. This divide continues till today and the most contentious issue remains occupation of Jerusalem by Israel. The city has the highest spiritual attachments for Jews, Christians and Muslims.
Most of the present day sovereign states located on the coastal line have remained subservient to super powers. With the discovery of oil and gas in the region the first effort was to get control on production and transportation of crude oil and then on its refining facilities. Though, Saudi Arabia is often said to be the largest producer of oil, its production and logistics are virtually controlled by the aliens. Oil facilities of Iraq and other countries have also been virtually taken over by the United States under the disguise of NATO forces. Efforts have been going on to get control over Iranian oil but the country has survived under the worst sanctions for nearly thirty two years.
Getting control over movement of ships in the Indian Ocean are also centuries old. In modern days it is evident that pirates are fully funded and supported by the contenders aiming at controlling movement of ships, especially carrying crude oil. Historically, the joint navy of some European countries has been overseeing the movement of ships but lately United States controls the strings. The other contenders are China and India, which are very active evident from construction of Gwadar port in Pakistan by China and Chabahar port in Iran by India. Construction of both the ports is aimed at developing the shortest and most cost efficient route to Central Asian countries, which are also rich in oil and gas.
Sabotaging Iran-Pakistan-India (IPI) and promoting Turkmenistan-Afghanistan-Pakistan-India (TAPI) is also the brainchild of diabolic thinking of the United States. One of the prime concerns of India was safety of pipeline passing through Balochistan but it has hardly expressed its apprehension about Afghanistan, under constant state of war since USSR attack, for almost four decades. Some experts say that the uprising in Balochistan is funded by the external forces, which want to get control over the area.
Tough, the West has been behind rising militancy in the region; it is becoming growingly evident that the militants get funds, arsenal and training from those who wish to intensify the conflict to achieve their ulterior motives. Some cynics go to the extent of saying that if Taliban was the brainchild of CIA, many such factions are operatives under different names in almost all the Muslim countries. They also say that CIA often uses these mercenaries to achieve its own objectives.