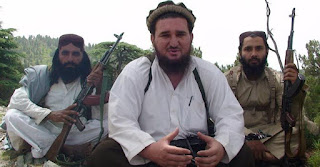 Going through the most recent uttering of Taliban and taking responsibility of killing of people belonging to Shia sect of Muslimsin Karachi and Rawalpindi, leaves no doubt that they are coldblooded mercenaries.
Though, they claim to be fighting Holy War (Jihad), their acts completely negate teachings of Islam. Anyone who propagates that killing of people who are not directly involved in fighting with Mujahideen is permissible is misinterpretation of Islam.
The history proves that Taliban were trained, provided funds and weapons to fight against USSR army that had invaded Afghanistan. It may be unfortunate that after 9/11 they have to fight with those who have been taking care of all their needs. The United States has also divided them in good and bad categories only to achieve its ultimate objective, prolonging its stay in Afghanistan.
Good Taliban are those who are helping the Nato forces to achieve certain objectives and bad Taliban are those who are demanding more money and when they don’t get it they retaliate. It also appears that now the war is not for imposition of Shraih but collection of booty. Afghanistan is world’s largest opium producing country and United States its biggest buyer, the largest number of drug addicts live in United States.
One can also recall that Taliban announced that they were coming to Karachi to free its people who are hostage of MQM. This was in retaliation of the campaign sponsored by the MQM and proposed referendum. Taliban knew that Muharram is the best time to attack Karachi and they could use Shia Sunni split. Residents of Karachi had rejected this point of view decades ago.
May be Taliban don’t know that largest number of Sabeels (water serving points) and largest quantity of Taburuk (eatables for the mourners) is distributed by Sunnis, who join Shia in reminding the world of the most brutal act of assassination of Grand Son of Holy Prophet (peace be upon him) and his companions.
Over the years many had attempted to stop Majalis (gatherings to remember killing of Imam Hussain and his companions) and Jaloos (processions) but in vain. Taliban’s claim that they would follow the footprints of their ancestors is nothing but an attempt to create split, when Muslim need unity the most.
AT this point in time Gaza needs the largest number of people to fight Israel, which has expanded many times the area allocated for it. Therefore, they should go to Gaza rather than killing innocent citizens of Karachi.
If they don’t do this, people will be right in assuming that the Taliban are ‘B’ team of CIA. They are in Pakistan and waiting for an opportunity to invade Iran and in the mean time weakening the country which has supported them the most in the past.